In 1983 Kevin Goody purchased his first water softener. Having lived in Yateley, Hants for many years, he was fed up with the lime scale in his house. It was causing problems with shower-heads, domestic appliances and worst of all his son’s skin. Andrew is an eczema sufferer. Despite all this, Kevin hadn’t thought of doing anything about the hard water, until there came through his door, a pre-paid card about a twin cylinder water softener from Harvey Water Softeners. He responded to the card and was subsequently visited by a demonstrator from Harvey. Kevin was so impressed with the demonstrable benefits of having softened water, that he went ahead and purchased one of the softeners. 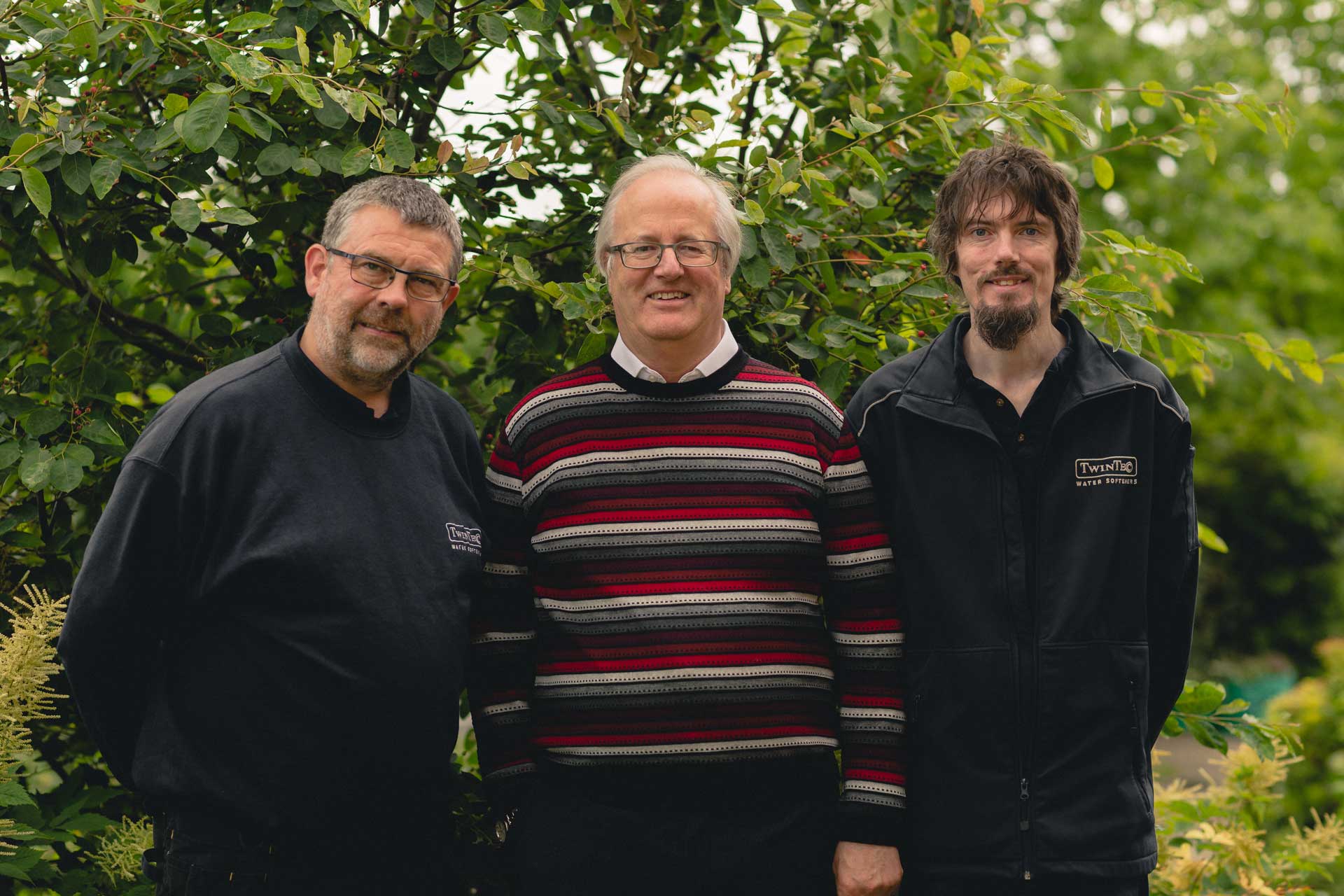 Kevin’s career had so far been in the financial services industry, on the sales side, but it seemed likely that his employers would soon close their direct sales force. Kevin was so impressed with the performance of his Harvey water softener, that he decided to visit the company which had sold it to him. By coincidence Harvey’s were looking for new dealers. Kevin was appointed and launched UK Water Softeners in 1995.

Kevin had the ideal tools for success, the best selling water softener in the country, a plumber with many years experience of fitting water softeners and superb manufacturer service back up. Such was Kevin’s enthusiasm for his product that in his first year he was one of the top 20 dealers in the country. In his second year he was in the top ten and ever since has been in the top five. His excellent after-sales care has been rewarded by many referrals and recommendations. Having now been in business for over 20 years Kevin has over 5,200 customers. Kevin is quick to point out however that his product sells itself, once people witness the benefits of softened water in their own home they are as impressed as he was back in 1983.

Since 1983 the product Kevin sells has undergone significant development work and is now designed and manufactured entirely in the UK. It comes with a 10 year parts and first 2 years labour guarantee.